Is CFD always the only answer? 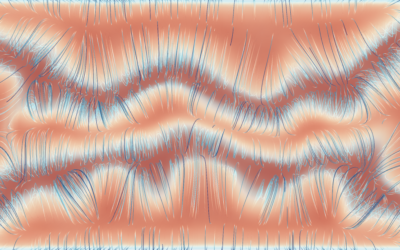 Nowadays CFD is widely used in many industry branches, especially in R&D departments. Growing capabilities of computers, both in terms of CPU and GPU, and maturity of CFD software can significantly reduce the time of the project/product iteration. CFD can also reduce the costs of the development of new products by eliminating the need for costly prototypes, which have to be manufactured in every iteration. But is CFD always necessary?

In case of many engineering problems, especially related to heat transfer and hydraulics, there is a much simpler and cheaper method, both in terms of computational and engineer time. In a lot of cases, parameters of fluid flow, such as pressure and velocity, can be computed using Bernoulli’s equation. It describes the relationship between three types of fluid pressure along a streamline:

In order to use the Bernoulli equation to solve engineering problems, first, we have to know its limitations.

Finally, we can formulate the equation:

In the case of internal flow through the pipe system, we can also relax the inviscid assumption by incorporating an additional pressure loss term containing empirical coefficients.

In the equation above, the Darcy Weisbach term represents losses due to the friction between the viscid fluid and the pipe walls. The local losses term represents all pressure losses connected to changes in the shape of the channel, i.e. :

The coefficients for both terms can be found in the literature, for example:

In the case of components with a more complicated topology, one can measure empirically the local loss coefficient, this is frequently done for all kinds of heat exchangers and radiators.

In this case, we want to simulate unsteady heat transfer in a car radiator to obtain temperature field distribution on the lamels. The pressure distribution in the collectors is known for two flow rates and two inlet temperatures. The example of geometry is depicted below. 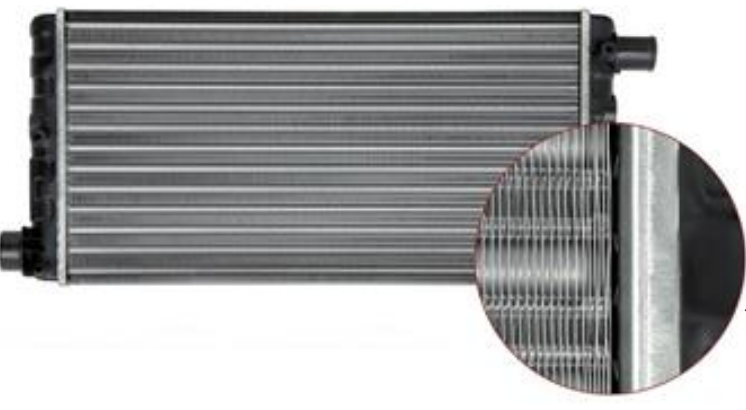 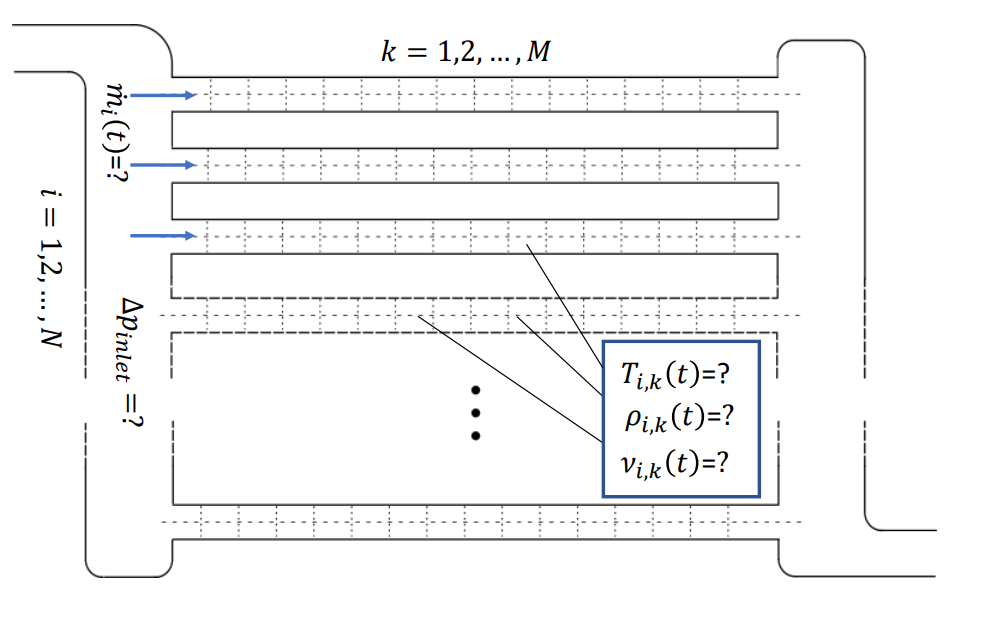 There are two possible solutions in this case:

As you can see the first approach is unfeasible, especially when we want to investigate unsteady effects. In the case of the second approach, we end up with a system of equations that is over 10 000 times smaller. For sake of simplicity, we will only focus on the Bernoulli equation in this article. In this case, we can omit the hydrostatic pressure term. Below we present the final equation form for each of the pipes.

We end up with a nonlinear system of equations (a pressure loss factor in Darcy-Weisbach term non-explicitly depends on temperature). Despite this and the significant speedup of simulation by incorporating the Bernoulli equation, we achieved a maximal relative temperature discrepancy below 3% when compared to the experimental data! We also managed to accurately predict the unsteady temperature profile, which is depicted below. The blue line represents the results obtained using our model, the orange one represents data from the experiment. 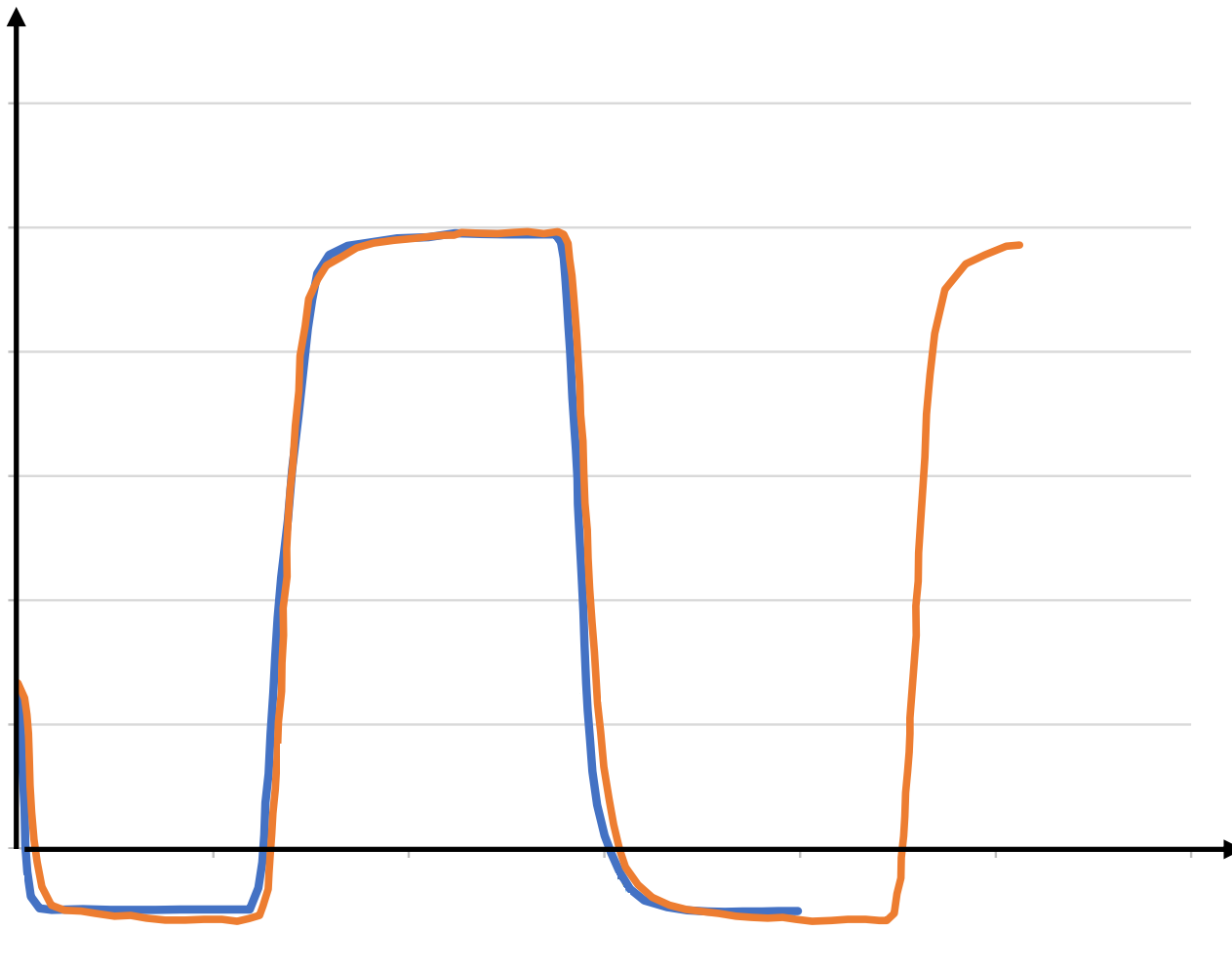 In this article, we have discussed the usage of other methods than full-scale CFD, such as the Bernoulli equation, to solve engineering problems. We have presented that, in some cases, a dedicated model that is based on a much less complex approach can be a lot faster than classical CFD without sacrificing accuracy.